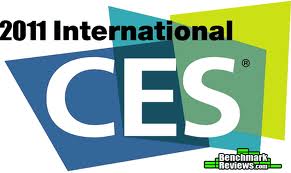 Note this post is not yet complete. I am typing this from my phone at the Las Vegas airport and will finish as soon as I get home.

.
Well I am sitting at the airport right now coming home from the consumer electronics show. I just got through airport security and they are now making EVERYONE go through the XRAY machines. I opted out and went for the full groping. Many people were opting out. This is the first time I have seen everyone guided to the xray machines. Kinda freaked me out. The TSA guy was giving me the rules and I could not keep my mouth shut. I said I can't believe this as he was feeling me all over. He then said to me real quiet "I would never put my family through those machines". I was shocked. He also stated "you will not see any more metal detectors in a couple weeks, everyone will have to be scanned". After hearing that I my mind was racing. I said no more. I just wanted to yell "Nazi police state is here" but I went on my way.
.
Now to the show......
The CES is the biggest electronic show in the world. I have been coming to this show for years. This year had the largest attendance in history. It was very packed. This show showcases all of the new technology that is coming out in the future. The show gives you a heads up on the way things are going. These are the things that blew me away and stood out.

.
#1. Cds dvds and all other "hard" media are history. Everything is digital or downloadable or streaming. Flash memory is king. The new hard drives for computers have no moving parts. Amazingly fast. The new car stereos have no more slot for the cd. The face flips down and your ipod, phone, or jump drive hides inside. Look
http://www.sonystyle.com/webapp/wcs/stores/servlet/CategoryD...

#2. Your cable company is done. First off the demonstrations of hooking your smart phone to your home pc were incredible. Just plug your cell phone via usb into your desk top pc and away you go. Or you can just make your smart phone a wifi hotspot and feed your home pc or laptop that way. The second aspect of your cable tv company being in trouble is the introduction of "Google TV". Talk about awesome. Sony has teamed up with google and all of the new sony tvs just plug into the internet. You can even plug your smart phone into the tv and away you go. The sony unit has all of the google aplications built in to find your favorite shows. Now this technology is cutting edge and is not perfect yet, but you can see the potential. Apple tv was also featured and microsoft is trying too. It will be a big battle for this market. The sony unit comes with a blue ray dvd and the remote is a big white keyboard that works awesome. My only complaint is that no "live" shows are really streaming. As soon as they get that handled. Game over.
Google TV from Sony here...watch the full thing...I think you will be as impressed as I was!!
http://discover.sonystyle.com/internettv/#/home
#3. As I mentioned above. The smart phone is king. Your phone will be your link to everything. It will be your link to the net, your mp3 player, camera, video recorder, planner, social networking device, on and on. The new Motorola from Verizon that comes out at the end of February sports two 1ghz processors and is fast as lightning. It also packs an HD screen that is crystal clear. Your phone will do it all. You think your phone can do incredible stuff now? Just wait.
#4. The 3D TV thing. Well, This is a huge push and I am telling you it is pretty lame in my opinion. The 3D is okay but this technology will never work with these stupid glasses. It just does not feel like the movie theater. I went from Samsung to LG and then to Sony. You have to be right in front of the TV and the glasses are horrible. It is a gimmick and I really think until they can figure something better out it is a 100% fail.
#5. Another hot item everybody was playing with was the Toshiba Touch screen laptop. IT HAS 2 SCREENS....Talk about coolness.....
http://us.toshiba.com/computers/laptops/libretto
#6 Another hot item that was taking over the show was the innovation of LED lighting. The new 1 Watt and 3 Watt LED indoor light bulbs are incredible. No more fluorescent or incandescent light bulbs. They last 50,000 hours and come in all kinds of colors. These use almost ZERO energy in comparison to everything else. Now...currently Phillips has some of these out at home depot...they are $29 each which is insane. On Ebay...they are like $2 to $8. I have my entire house loaded with LED and it cut my electric bill way down. This is the way it all is going to go. Do your research. Here are a couple I got. I used these under my cabinets. The local store wanted $54 each.... Look.
http://cgi.ebay.com/1-1W-LED-Recessed-Ceiling-Down-Cabinet-L...
.
I used these in my kitchen...
http://cgi.ebay.com/3W-E27-High-Power-Warm-White-focus-LED-S...