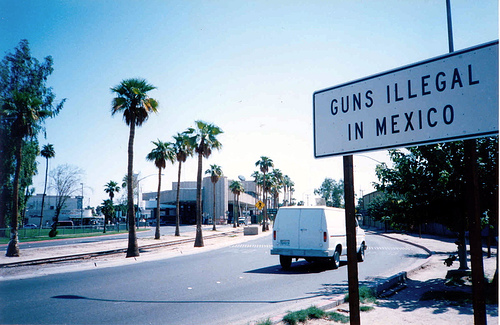 MEXICO CITY — A total of 34,612 people have died in drug-related killings in Mexico in the four years since Mexican President Felipe Calderon declared an offensive against drug cartels, officials said Wednesday.

The rate of killings grew in the first half of 2010, but then stabilized and began to decline in the last quarter of the year, federal security spokesman Alejandro Poire said.

Calderon said Wednesday that 2010 "has been a year of extreme violence."

"We are aware that we are going through a very difficult time on security issues," he said at a meeting with anti-crime groups during which the government presented a new data system to track drug-related crimes.

Anti-crime groups have long demanded access to information like that contained in the new database, to better measure whether public security efforts are effective. Such information may also help diminish the doubt that surrounds drug-related killings, many of which go unresolved or get scant investigation in Mexico.