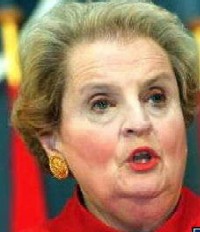 Insurgents in Iraq killed more than 21,000 civilians and wounded another 68,000 people with homemade bombs over the past five years, according to newly released data from the Pentagon.

The highest number of casualties came in 2007, coinciding with the worst sectarian violence and the surge in U.S. military forces to quell it. In that year, 7,295 people died — nearly 20 a day — from improvised explosive devices, says the Pentagon. Another 21,970 Iraqis were wounded.

The devices include roadside bombs, car bombs and suicide bombers.

The military has been reluctant to release civilian deaths in part because the figures are imprecise estimates, said Col. Dave Lapan, a Pentagon spokesman. It's difficult, he said, to discern civilians from insurgents after a bomb explodes. And the reports cover only incidents that U.S. troops responded to.

Despite the imprecision, Lapan said the military believes insurgents killed far more civilians than U.S. and allied forces have in Iraq. However, the military is unable to quantify the claim, he said.

"The enemy put civilians purposely at great risk by its tactics and actions," Lapan said in an e-mail.

Estimates vary among organizations that have tried to count civilian dead, according to a review last year by the Congressional Research Service. The Iraqi Ministry of Human Rights reported that 85,694 Iraqi civilians died from insurgent attacks from 2004 through 2008. The Brookings Institution, a Washington think tank, estimated that more than 111,000 Iraqis died from war-related incidents from 2003 through 2010.

Michael O'Hanlon, a military analyst at Brookings, said the U.S. military did not show much interest in tracking civilian casualties until 2007, when President Bush made Gen. David Petraeus the commander in Iraq. Petraeus implemented a counterinsurgency strategy that used a surge in troops to secure Iraqi civilians and pursue militants.

"It didn't see population protection as central to the mission or our core responsibility and wanted to avoid any and all talk that resembled the body-bag emphasis of the Vietnam War," O'Hanlon said.

Sectarian violence dropped significantly after the surge but casualties from IEDs have still killed and maimed thousands of Iraqis in the past two years. In 2010, IEDs killed 1,327 Iraqi civilians and wounded 5,740 people, according to the figures.

"The improvement continued gradually and slowly even in 2010 as we cut our forces more than half," O'Hanlon said. "So there is a silver lining."