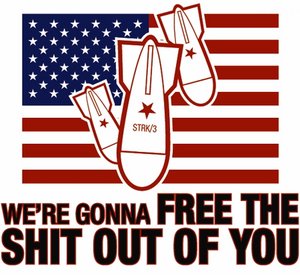 The U.S. has stepped up its use of drone strikes to target militants who use Pakistan's lawless tribal area as a base to launch attacks against foreign troops in Afghanistan.

Most of the strikes, including the one Wednesday, have occurred in North Waziristan, the main base for the Haqqani network, which U.S. officials have said poses the greatest danger to American troops in Afghanistan.

The identities and nationalities of those killed in Wednesday's strike were unknown, said the intelligence officials, speaking on condition of anonymity because they were not authorized to talk to the media.

Two people were also wounded in the attack, which hit in Khyder Khel village, an area that houses both militants focused on attacking Afghanistan and Pakistani government targets, said the officials.

The U.S. refuses to acknowledge the drone strikes publicly, but officials have said privately that they have killed several senior Taliban and al-Qaida leaders.

Washington has pushed Pakistan to launch an operation in North Waziristan, but the government has so far refused. The Pakistani army says its soldiers are stretched too thin by military operations against Islamist militias in other tribal area.

But many analysts believe the army is reluctant to cross militant groups with which it has historical ties, such as the Haqqani network, who could be useful allies in Afghanistan after foreign troops withdraw.