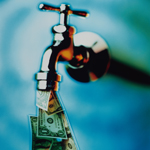 Troubled U.S. Afghan projects mushroom despite concerns ... For years, U.S. officials held up Kabul's largest power plant project as a shining example of how American taxpayers' dollars would pull Afghanistan out of grinding poverty and decades of demoralizing conflict. But behind the scenes, the same officials were voicing outrage over the slow pace of the project and its skyrocketing costs ... Despite expressing serious misgivings in internal memos and meetings, the U.S. agency that was overseeing the project more than doubled the plant's budget ... McClatchy found that U.S. government funding for at least 15 large-scale programs and projects grew from slightly more than $1 billion to nearly $3 billion despite the government's questions about their effectiveness or cost. – McClatchy Newspapers

Dominant Social Theme: Once we get the numbers right – and spend enough – successful projects will follow.
Read Full Story