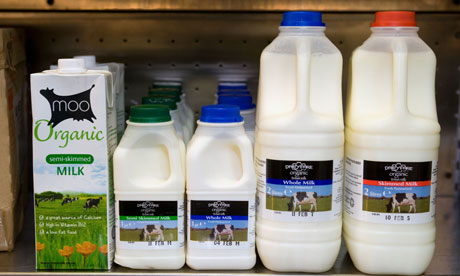 Milk is a good thing and we should drink more of it. This has been a prominent health message ever since the 1946 Education Act ensured that school children were given free milk. But in recent years, the debate has shifted to which type of milk is best. This week, it took an unexpected turn when researchers claimed that it might pay to note what the weather was doing when the milk was produced. A study, published in this month's Journal of Dairy Science and led by researchers at Newcastle University, showed that "wetter, cooler summers can have a detrimental effect on the milk we drink". A poor summer meant that milk had a "significantly higher saturated fat content and far less beneficial fatty acids" compared to that produced in a regular year.
Read Full Story

Gary McKee: what it takes to run a marathon a day for a year

Harvard's Campus Is Hazardous to Health

Earthing and the restaurant trade?