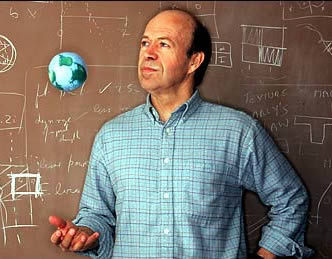 Totalitarian thugs love China. They love its authoritarian government and absolute political power. One such thug is the climatologist James Hansen of NASA. Hansen thinks America needs to adapt Chinese authoritarianism in order to force climate change down the throats of the American people.

“I have the impression that Chinese leadership takes a long view, perhaps because of the long history of their culture, in contrast to the West with its short election cycles,” writes Hansen. “At the same time, China has the capacity to implement policy decisions rapidly. The leaders seem to seek the best technical information and do not brand as a hoax that which is inconvenient.”

Because the U.S. government has not imposed draconian climate change measures on the people, Hansen insists a boycott is in order.

“After agreement with other nations, e.g., the European Union, China and these nations could impose rising internal carbon fees,” he writes. “Existing rules of the World Trade Organization would allow collection of a rising border duty on products from all nations that do not have an equivalent internal carbon fee or tax.”

According to Hansen, we have two choices – either carbon fascism or a forced descent into third-world misery. “The United States then would be forced to make a choice. It could either address its fossil-fuel addiction… or… accept continual descent into second-rate and third-rate economic well-being,” he writes.

“Has this guy ever heard of the Gang of Four?” muses Patrick J. Michaels of the Washington Times.

“Or the Cultural Revolution, which killed those who were inconvenient? Or the Great Leap Forward, which used the best technical information to determine that a steel mill in every backyard was a good idea?”

Estimates of the number killed by Mao vary, but it is generally agreed to be well over 40 million. Some say he killed over 70 million.

Mao conducted bloody rural and urban purges, killing millions. The so-called Great Leap Forward resulted in the death of between 20 and over 40 million people while the Cultural Revolution killed off and additional 7 or so million. More than a million died when China took over Tibet.

China’s authoritarian government routinely imprisons people for speaking out against the government. It is called the Laogai prison system. The Chinese government states that “forced labor is a means toward the goal of thought reform.”

What if Carbon Dioxide is the ANSWER NOT The Problem?

How to move a country: Fiji's radical plan to escape rising sea levels