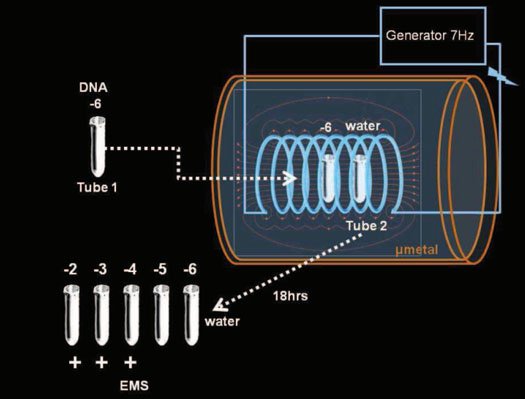 A Nobel prize winning scientist who shared the 2008 prize for medicine for his role in establishing the link between HIV and AIDS has stirred up a good deal of both interest and skepticism with his latest experimental results, which more or less show that DNA can teleport itself to distant cells via electromagnetic signals. If his results prove correct, they would shake up the foundations upon which modern chemistry rests. But plenty of Montagnier’s peers are far from convinced.

The full details of Montagnier’s experiments are not yet known, as his paper has not yet been accepted for publication. But he and his research partners have made a summary of his findings available. Essentially, they took two test tubes – one containing a fragment of DNA about 100 bases long, another containing pure water – and isolated them in a chamber that muted the earth’s natural electromagnetic field to keep it from muddying the results. The test tubes were housed within a copper coil emanating a weak electromagnetic field.

Is Leukemia Truly Incurable and Fatal?