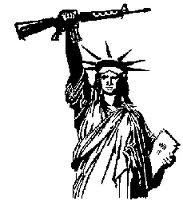 Democratic Party donors, members of Congress and gun control groups are being urged to lobby the president to speak on gun control laws during the upcoming state of the union address, according to an investigative NBC report.

“There’s a major push to get [Obama] to say something on this,” said Chad Ramsey, legislative director of the Brady Center to Prevent Gun Violence, a leading gun control group. “We’ve been told he will say something, but we’re not sure how strong it will be.”

It is believed that Obama will be asked to expand on his apparent support for a bill introduced by Democratic Rep. Carolyn McCarthy of New York that proposes a ban on the sale or transfer of high-capacity gun magazines, as reportedly used by Jared L. Loughner two weeks ago.