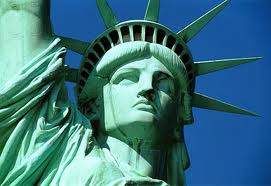 ''If China becomes the world's No. 1 nation ... ." That was the headline in the official newspaper of the Chinese Communist Party, The People's Daily, on the eve of Chinese President Hu Jintao's state visit to Washington. The article went on to boast how "China's emergence is increasingly shifting to debate over how the world will treat China, which is the world No. 1 and has overtaken the U.S."