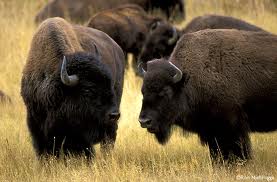 Sempronius buffalo farmer Peter Head has lost 55 animals to a mysterious illness since October, but autopsies have shown no clear cause of death.

“We’re going nuts down here trying to figure out what’s going on,” he said. “This is going to put me out of business. That’s half my frickin’ herd.”

Head and his wife Deborah have run PDH Buffalo Farm on Route 41A for nine years. This year, 17 of his 23 calves died and he has stopped selling meat as a precaution.

“I don’t want to be selling buffalo meat when I don’t know what’s going on here,” he said.

Meet The Man Who's Read All The Biden Emails & Hear His Warning To The American People!