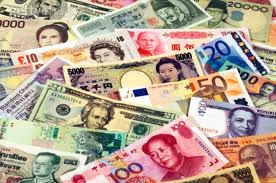 Last year was an absolutely fascinating time for world currency markets.  The yen, the dollar and the euro all took their turns in the spotlight.  Each experienced wild swings at various times, but the overall theme that we saw was that faith in paper currencies is dying.  The biggest reason for this is the horrific sovereign debt crisis that has swept the globe.  The United States, Japan and a whole host of European nations are all drowning in debt.  The U.S. and Japan are both steamrolling toward insolvency, and several European nations would have already defaulted on their debts if they had not been bailed out.  So which of the major currencies of the world is going to crash first?  Will one (or more) of the big currencies fall before the end of 2011?  Once one major currency collapses will the rest start to fall like dominoes?  The truth is that the world has never seen a sovereign debt crisis of this magnitude in all of human history.  Almost the entire globe is drowning in a sea of red ink and it has brought us right to the brink of financial disaster.

So which of the currencies of the world is going to be the first to come crashing down?  Well, let’s take a quick look at the yen, the euro and the dollar….

Is There A Way To Stop Inflation Without Crushing The Economy And Killing The Dollar?

CBDCs | "CBDCs, If That Happens We're Done. They Can Control You...