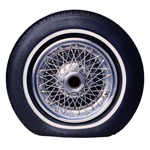 Britain in battle over stagflation ... New figures set to confirm that growth has slowed, while unemployment and oil prices rise – a severe problem that blighted the 1970s. Fears are growing that the UK is running the risk of a period of painful "stagflation", as official figures should this week show that growth continued to slow down in the final three months of 2010. Analysts think the economy is already showing symptoms of stagflation – the toxic cocktail of stagnating growth and rising prices that leaves policymakers unable to tackle one problem without making the other worse. Households suffer, as the weak labour market means wages do not keep pace with wider price rises in the economy. The UK experienced a severe bout of stagflation in the 1970s, when the oil price shock contributed to larger contractions in output and a surge in inflation. Similar forces are at work in the UK economy now, analysts say, pointing to the persistently above target inflation despite the slowing pace of growth. – UK Telegraph

Dominant Social Theme: Where did that come from?