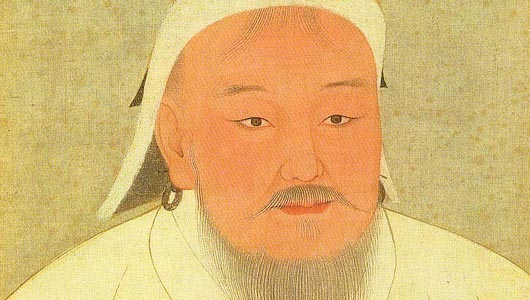 Environmentalists are promoting a new historical hero in the fight against global warming, none other than Mongol warlord Genghis Khan, with the Carnegie Institution touting the emperor’s green credentials because his empire slaughtered no less than 40 million people – an act that helped lower carbon emissions and keep the planet cool.

No, this isn’t a spoof or a satire, the Carnegie Institution’s Department of Global Ecology has actually released a report that cites Khan’s exemplary environmental record as a suitable yardstick for future “land-use decisions”.

No trains, no planes, no automobiles and NO GAS – Welcome to the DE-CIVILIZATION...

What Is The US "Gas Stove Ban" Really About?