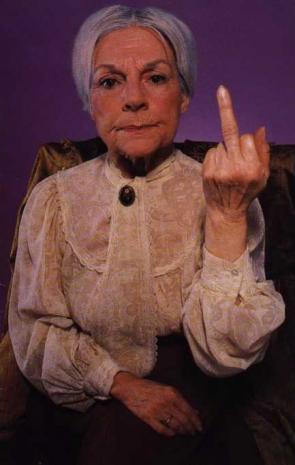 Jason Mick  - January 24, 2011 2:25 PM
We've often written on the disconnect between current laws and the reality of the digital age.  When a person gets charged over a million dollars for pirating and sharing a few songs, and a robber stealing a dozen CDs might have to a pay a few hundred in fines, the system can seem incredibly flawed at times.

Another example of this disconnect that has recently been brought into sharp focus include laws that police are using to try to prosecute those that digitally record their actions.  We already covered how police in some areas can arrest you, if you videotape or photograph them in a public or private setting.  Well, in some areas they can arrest you for even recording an audio conversation.

Illinois is one of the states with the toughest laws against audiotaping a conversation between you and another party without their knowledge.  The law [text] states that you can face up to 15 years in prison for committing the offense.

Christopher Drew, a 60-year-old artist and teacher living in Chicago, is facing the charge after audio taping a conversation he had with the police.  In an interview with The New York Times, he remarks on his potential 15 years of hard prison time, "That's one step below attempted murder."

He adds, "Before they arrested me for it. I didn’t even know there was a law about eavesdropping. I wasn’t trying to sue anybody. I just wanted somebody to know what had happened to me."

He is not alone.  Other Chicago residents, including Tiawanda Moore, a 20-year-old former stripper, face similar charges.  They all have one thing in common -- their charges follow audio taping conversations with police.  The law is seldom applied in other situations – in fact, most don't even know it exists.  The law even makes it a lesser offense to tape a civilian once (a Class 4 felony) or twice (a Class 3 felony), versus taping a law enforcement officer (a Class 1 felony).

Ms. Moore's story is among the most alarming.  She is being charged with the Class 1 felony of eavesdropping using a digital device after recording on her Blackberry a conversation she had with two internal affairs officers.  The conversation occurred during her attempt to report a separate police officer for sexual harassment.  Now she's set for a February 7 trial in Cook County Criminal Court and may spend more than a decade in prison.

Contrast this state of affairs with the fact that Chicago police officers have one of the most stained reputations for police brutality.  According to a 2007 CNN report, 10,000 complaints -- many of them involving brutality and assault -- were filed between 2002 and 2004.

Along with laws against video taping police in public, the measures against video and audio taping police encounters seem like a concerted effort to chain the hands of the citizenry and prevent them from reporting misconduct and wrongdoing.  Without direct evidence, claims are often discarded and laughed out of court.

The Illinois branch of the American Civil Liberties Union (A.C.L.U.) fought the law -- it has sued the state of Illinois twice -- but the law won.  Its case, which asserted that the eavesdropping law violates the First Amendment and hinders citizens from monitoring the public behavior of police officers and other officials, has been thrown out of court twice.

Mark Donahue, president of the Fraternal Order of Police, said his organization cheered the decision, stating that he "absolutely supports" throwing those who tape police officers behind bars.

He complains that citizens monitoring police activities for wrongdoing might "affect how an officer does his job on the street."

As Ms. Moore and Mr. Drew contemplate on what their life might be like spending the next decade and a half on a prison cot, many in other states face similar situations.  Massachusetts and Oregon both make it illegal to digitally record (i.e. "eavesdrop") on an officer.  And a number of states are considering similar legislation.

2 Comments in Response to Chicago Police: Tape Us, Get Sentenced to 15 Years in Prison

This is perhaps the most deadpan laughable statement by a bureaucrat yet made this year:  '...citizens monitoring police activities for wrongdoing might "affect how an officer does his job on the street."'

What morons. They need to remenber: