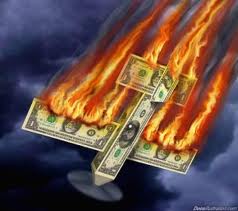 WASHINGTON (Reuters) – The U.S. budget deficit this year will jump nearly 40 percent over prior forecasts, mostly due to the mammoth tax-cut package brokered by President Barack Obama and lawmakers last month, the Congressional Budget Office said on Wednesday.

The CBO said the fiscal 2011 deficit will hit $1.48 trillion, up from last August's $1.07 trillion estimate, which was crafted before Bush-era tax rates were extended at a cost of $858 billion over 10 years.