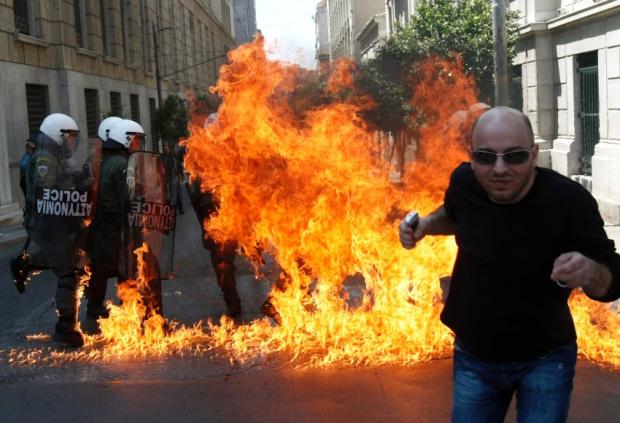 Activists trying to oust Egyptian President Hosni Mubarak played cat-and-mouse with police on the streets into the early hours of Thursday, as unprecedented protests against his 30-year rule entered a third day.

Prominent reform campaigner Mohamed ElBaradei, who lives in Vienna, was expected to return to Egypt on Thursday, an arrival that could galvanize protests that so far have lacked a leader.

But this enduring and, many here say, all too comfortable relationship was upended this week by the emergence of an unpredictable third force, the leaderless tens of thousands of young Egyptians who turned out to demand an end to Mr. Mubarak’s 30-year rule.

Now the older opponents are rushing to catch up.