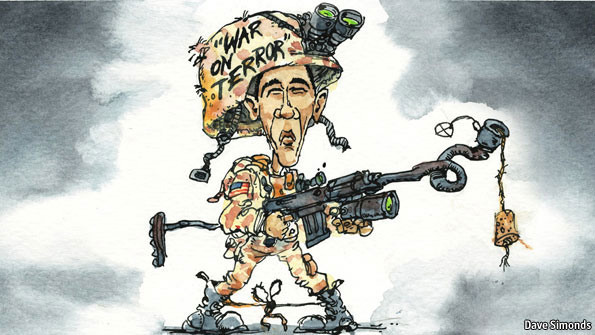 The Obama administration said today if Congress refuses to raise the U.S. Debt Ceiling in time, then bond investors will flee U.S. debt and create a larger meltdown than the last one. I have no doubt that a complicit and compliant Congress will bow to Obama’s demands and raise the Debt Ceiling; no matter that Bond Investors have warned that to raise the debt ceiling would cause their profits to rise obscenely, and deliver unto them an American- crushing National Debt that would enslave future generations in perpetuity. That is apparently just what this President loves to hear.

“Congressional Republicans say bond investors will set off a Greek-style financial crisis in the U.S. if the national debt grows. They've promised not to raise the limit without deep spending cuts.” reports Matthew Craft at Forbes.com.

With a budget proposal of 3.8 Trillion Dollars for FY 2011 about to be presented by Obama to Congress February 1st and $928.5 Billion dollars allocated for Defense, then maybe we should take a look there first to find a paltry 1 Trillion to stave off raising the Debt Ceiling.

Additionally, it has always been this reporter’s experience that you can discern the government’s true intent by observing its Defense contracts. So this will be a multi-task in that many revelations may be made other than the main topic.

While many understand the need for DoD contracts for logistical support, repairs, and equipment for the two wars that few of the tolerant public ever wanted or supported, at least it is in support of our troops and American lives. However I am certain that hardly anyone would support a $29,020,000.00 million contract to construct a 42-meter coastal security craft and provide associated equipment, material, training and technical services. Especially given this contract involves Foreign Military Sales to the Government of Lebanon. Lebanon is suspected of State sponsored terrorism.

I wonder how many starving U.S. citizens would react to the knowledge that US Foods International, Inc. is being awarded a $42,100,000.00 contract, for food distribution in the Republic of Korea. Using services are Army, Navy, Air Force, Marine Corps and other federal civilian agencies. This begs the question as to why any military or civilian agency is in Korea needing 8 million or so meals?