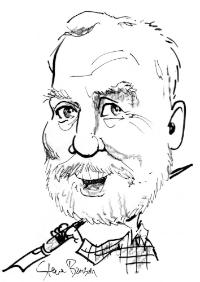 In wake of known threats, leaving citizens defenseless is wrong

Recent events have made it painfully obvious that murderous trouble can erupt at any time and in any place. It is a clear and present danger.

We can no longer afford to pretend such dangers do not exist.

It is irresponsible to continue to imagine that police can be everywhere, or that they can respond with sufficient speed to prevent a homicidal rampage.

Police are second responders. The first responders are always we, the
people, on the scene as events unfold.

The time has come to insist upon robust restoration of our right to defend ourselves, to keep and bear arms when and where arms might be needed in public places, to forestall these serious known threats to our safety.

It is time to press forward for nationally recognized right to carry.
http://www.gunlaws.com/ModelLegislation.htm

It is time to honor and respect the plain meaning of the Second Amendment.

The forces aligned against our civil right to arms are disgracefully using
an assassin's heinous crime to foment hatred and attack us. They are
plotting in secret to diminish and impair our cherished rights. Now is not the time to simply rebut their power-hungry vitriol and ignorance.

Now is the time to advance a vigorous pro-rights agenda, because it is the righteous response to the problems their anti-freedom efforts have helped to create.

We must at last free people from the governmental chains that bind them, and replace those chains with the fullest expression of rights that are so fundamental to the American way of life.

An uninfringed right to keep and bear arms is the moral high ground.

Efforts to ban or infringe on these precious rights in any way is both
immoral and dangerously reckless, putting innocent people in harm's way.

Remove the obstacles to the constitutionally guaranteed right to defend
innocent life against whatever evil may confront us.


It is time to secure national carry rights for all law-abiding adult
Americans.

For a long time people in Government sat back and did their misdeeds under the table, so to speak. The freedom that we called freedom was really the fear of us that we thought Big gov people had.

Well, Big Gov people aren't so afraid anymore. This means that we will need to re-define our meaning for the word "freedom." No longer can it mean simply that we say a word and Big Gov rolls over and plays dead. It has to mean something like what it meant for George Washington and the gang back in the time of the Revolutionary War.

Big Gov people are making war on the rest of us. And the goofy thing is that most of the rest of us don't even see it. Some of us stand to profit from this war, and they like it the way it is coming.

We already have a national carry law you dip sticks. It's called the second amendment. What we need is a mechanism to make the feds follow the law.  Perhaps some hangings for treason would get their attention?

Best 223 Ammo for All Applications