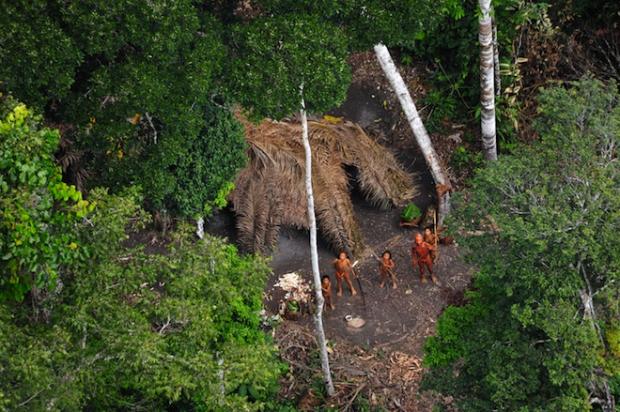 A previously uncontacted tribe has been found in Amazon jungle, with aerial photographs giving a glimpse of people who've had no known contact with anyone except their tribal neighbors.

About 100 uncontacted tribes are believed to exist worldwide. They live in remote, resource-rich areas, and are threatened by invasive development. The last such discovery was made in 2008, also in the Amazon. This tribe was spotted at the mouth of the Envira river in western Brazil, not far from the Peruvian border.

"We're trying to bring awareness to uncontacted tribes, because they are so vulnerable. Governments often deny that they exist," said Tess Thackara, Survival International's U.S. coordinator. "We're releasing these images because we need evidence to prove they're there."