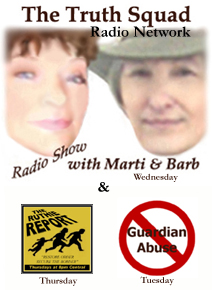 Mary Nash Stoddard is responsible for taking the anti-aspartame campaign international in 1987, following the brain tumor death in 1985 of her forty two year old husband. Stoddard went on to expose the massive hidden epidemic of aspartame related disease and government cover-up, using her skills as a former broadcast journalist and member of the Texas Radio Hall of Fame. Thousands of serious adverse reactions fill her organizations database files. She gave testimony at the Senate Hearing on Aspartame Safety, November, 1987. Stoddard initiated a worldwide Pilot’s Hotline for reporting adverse reactions to aspartame, after being asked by an F-16 pilot to address the issue of flying safety and aspartame ingestion. Hundreds of calls have now been registered on behalf of the international flying community. Stoddard edits the underground best seller: Deadly Deception – Story of Aspartame. Stoddard receives standing ovations on her multi-national lecture tours. One national televised interview generated over 60,000 calls to the television network switchboard. In the course of her career as a successful consumer advocate, she has appeared in print and on hundreds of international newscasts and talk shows.

Top Foods to Improve Your Vision

Will a Milk Cow SAVE You Money? The Surprising Truth