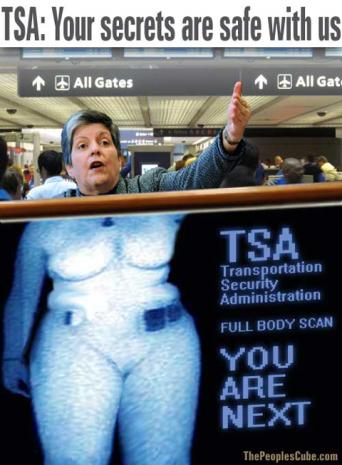 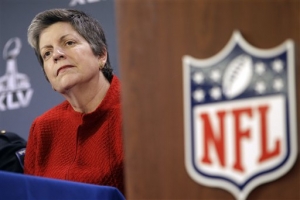 DALLAS - At this year's Super Bowl, even people stuck outside the stadium will get a pat-down from a security guard.

The 5,000 fans paying $200 to watch the game on big screens outside massive Cowboys Stadium will be subjected to the same security searches as the 100,000-plus who will watch the game inside on Sunday.

The six-figure attendance number presents the most unique challenge the NFL faces at this, the 10th Super Bowl since the Sept. 11, 2001, terrorist attacks.

For the first time, the NFL will set up a party plaza outside the stadium for people who can't get tickets for the game but still want to be close to the action.

"They'll be contained," said Milt Ahlerich, the NFL's vice president of security. "We wouldn't call their security situation special, other than that those folks can't come into the building. It will be a good, tight area, a well-managed area."

For the second straight year, Homeland Security Secretary Janet Napolitano visited the host city to tour the Super Bowl stadium and review the NFL's security plans. The federal government designates the Super Bowl as a Level One security event, which makes more money and resources available to secure the area. Temporary flight restrictions will be put in place across a wide swath of airspace surrounding the stadium.

The NFL, meanwhile, spends about $6 million a year on the Super Bowl security effort on top of what local and federal government spends. The league has hired more than 1,200 employees from private security companies to augment support from military and law enforcement. More than 60 government agencies contribute to the Super Bowl effort.

The league and the government also used the opportunity of Monday's security news conference to reintroduce one of the core post-Sept. 11 messages: "If you see something, say something." Signs saying that, and urging people to call 911 if they see suspicious activities, have been posted around the stadium and the Dallas area.

Last Friday, a parking lot at Cowboys Stadium was evacuated when a suspicious package was found, but it turned out to be harmless.

"We want to err on the side of caution and we want citizens, regardless of how silly it may be, to say something," said Theron Bowman, police chief in the Dallas suburb of Arlington, home of Cowboys Stadium. "If it doesn't feel right, doesn't look right, we want them to report it."

The NFL released its list of banned items inside the stadium, including camera and binocular cases, coolers, backpacks and noisemakers. With the crowd expected to break the Super Bowl attendance record of 103,985 - set in 1980 at the Rose Bowl - Ahlerich urged fans to be patient while they wait in what are expected to be long security lines.

"The thing that's surprised us over the years is how much cooperation we get from the fans," he said. "They'll put up with standing in line, a little bit of inconvenience, to be safe. As long as they're treated equally, and they will be."

Security planning has become more complex since the terrorist attacks.

"We're a lot better at it now," Ahlerich said. "The expectations and the template we follow, it's well defined. We know it. Sometimes, it's hard to do it but we know what we have to do."