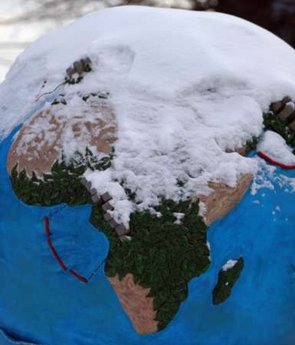 The record-setting snow and cold afflicting much of the nation in recent weeks doesn’t seem to jibe with Al Gore’s dire warnings about global warming. But Gore has an explanation for what’s causing the wintry conditions: global warming.

“I appreciate the question,” Gore wrote on his website.

“As it turns out, the scientific community has been addressing this particular question for some time now and they say that increased heavy snowfalls are completely consistent with what they have been predicting as a consequence of man-made global warming.”
Read more on Newsmax.com: Gore: Global Warming Causing Record Cold, Snow
Important: Do You Support Pres. Obama's Re-Election? Vote Here Now!

I will try and make this simple so that almost anyone can understand it. Snow does not require a temperature less than freezing. 32F or 0C. So if the earth gets warmer, but winter temperatures are still below freezing than moisture will come down as snow, not rain.

In a system made up of feedback loops, more energy in the system means greater swings or extremes of the system. So while the average energy of the system is only a degree or so higher the extremes in both directions will be of several degrees. But the lower temperatures will not go down as much as the higher temperatures go up. If you can not understand this, than perhaps you were educated in a government school
Make a Comment (1) • Email Link • Send Letter to Editor