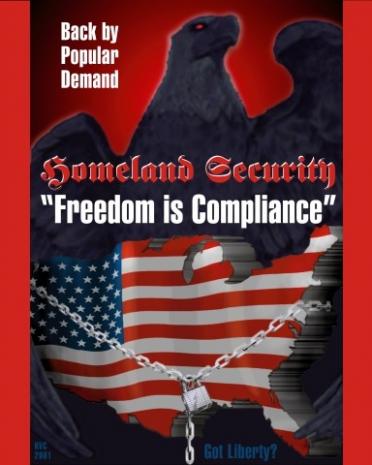 Prison Planet.com
Friday, February 4, 2011
Freshly emboldened by their mid-term congressional wins, establishment Republicans are set to extend the unconstitutional police state Patriot Act. It is set to expire in three weeks and Republicans are eager to make sections of the legislation permanent.

On Thursday, the Senate Judiciary Committee postponed a vote to continue and extend the law. “Having this debate year after year offers little certainty to agents utilizing these provisions to keep the nation safe,” said ranking member Chuck Grassley, R-Iowa.

“Short-term reauthorizations lead to operational uncertainty and compliance and reporting problems if the reauthorization occurs too close to expiration,” Grassley continued. “If these provisions are necessary, we should provide more certainty rather than simply revisiting the law year after year given the indefinite threat we face from acts of terrorism, and that looks like decades ahead. We should permanently reauthorize the three expiring provisions.”

Hey neocons glad you voted the Nazis back in. Good job!  Put some more in next time.