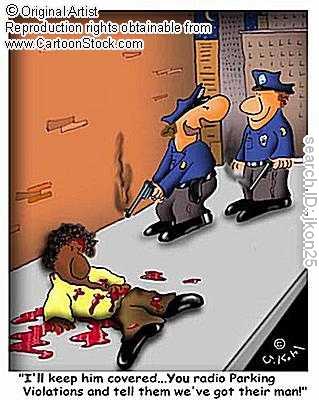 An Alabama police officer shot and wounded a defendant in a small town courtroom after he tried to grab a gun and attack a judge, authorities said on Thursday.

But three witnesses gave a different version of events at the municipal court in Goodwater, a town of around 1,500 in central Alabama, northeast of state capital Montgomery.

They said the officer used unnecessary force in twice shooting a defendant they said became unruly but did not attempt to get a gun and was anyway on crutches with a broken hip sustained in a car accident.

The second shot fired by the officer was unnecessary because the defendant lay prone, they said.