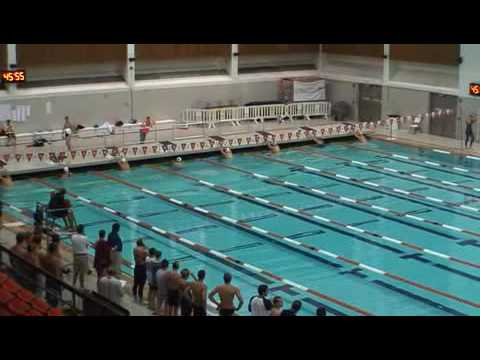 Despite what Hill Taylor says, the world record for the 50-meter backstroke is 24.04, but the 23-year-old phenom from the University of Texas will tell you it’s actually a second below that.

That’s because during a recent competition, Taylor, a seven-time All-American swimmer who goes by the nickname “Dolphin Man,” swam the event in an incredible 23.1 seconds, almost a full second faster than the current record.

But Taylor, known for his almost-unnatural ability to streamline underwater, obviously wanted to prove something to the spectators in attendance, so he swam the event illegally and the record will remain unchanged. But how do you swim illegally, short of strapping a powerboat motor to your back? Try doing it completely underwater.

This is the calculus they won't teach you…

Trying the "Dicken Drill" Against the Kenosha Kid

This Is The Craziest Thing I've Ever Bought!

Martha Stewart, 81, appears to be topless beneath her apron while promoting coffee brand ...