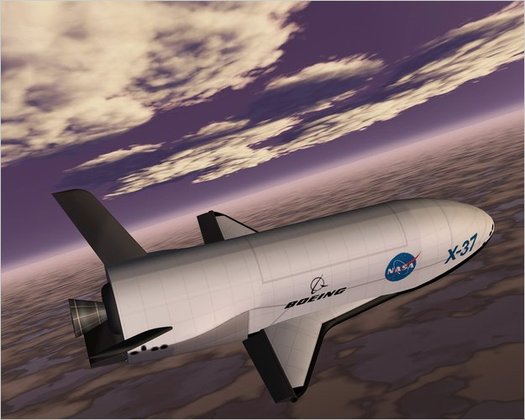 In what some are calling a second iteration of the space race, it seems the Russians have found a “Sputnik moment” of their own. In the wake of the recent successful wrap-up of the X-37B’s first orbital mission—a 220-day affair that reportedly saw the Air Force’s mysterious unmanned space plane complete a range of on-orbit maneuvers and tests that the U.S.A.F. isn’t talking about—the head of Russia’s military space command has said his country is building a space plane of its own.

The head of Russia’s armed forces division in charge of military space operations, Oleg Ostapenko, said the Russians have already drawn up a design similar to the X-37 design, but stopped short of providing any hard details. And why should he? The X-37B has been kept under serious wraps; we know that it launched, that it orbited for 220 days, and that it successfully came home. Outside of that, only the mission handlers and engineers involved in the program know what the plane did while in orbit, or what it might be asked to do once it—or something like it—is fully operational.