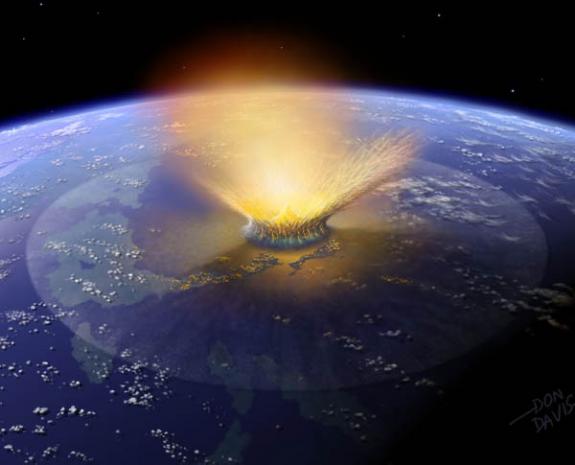 Now, reports out of Russia say that scientists there estimate Apophis will collide with Earth on April 13, 2036. These reports conflict on the probability of such a doomsday event, but the question remains: How scared should we be?

“Technically, they’re correct, there is a chance in 2036 [that Apophis will hit Earth]," said Donald Yeomans, head of NASA’s Near-Earth Object Program Office.

1 Comments in Response to Will Apophis Hit Earth in 2036? NASA Rejects Russian Report

Baby Boomers should be very scared. Why?

Well, normally, by 2036, all but a few of the Baby Boomers will have died of old age or something else. But soon it will become common knowledge that a person can reverse the aging clock to become young again, and virtually live forever. (This dosn't include things like getting hit by a Mack truck, which could dramatically reduce life span.)

Things that seem to be increasing life span right now when used properly are:

1. Coloidal minerals that include Fulvic acid and other humic acids;

3. Telomerease enzyme, which has been found to reverse aging in lab animals (There are hundreds of thousands of enzymes that have not been tested with regard to supplementation... many of which might possibly cause people to live forever in top-of-the-line, youthful health and vigor, if applied and ingested correctly.).