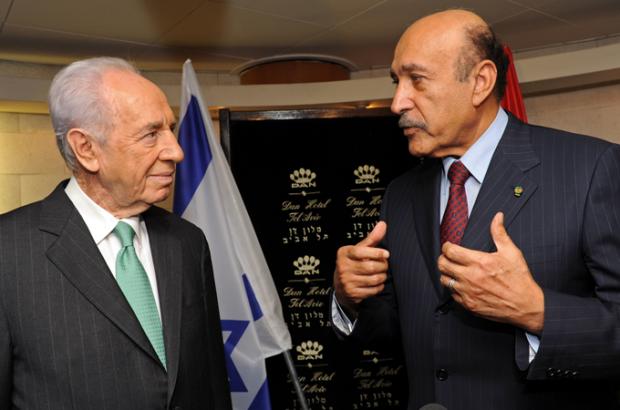 On January 29, Omar Suleiman, Egypt’s top spy chief, was anointed vice president by tottering dictator, Hosni Mubarak. By appointing Suleiman, part of a shake-up of the cabinet in an attempt to appease the masses of protesters and retain  his own grip on the presidency, Mubarak has once again shown his knack for devilish shrewdness. Suleiman has long been favoured by the US government for his ardent anti-Islamism, his willingness to talk and act tough on Iran - and he has long been the CIA’s main man in Cairo.

Mubarak knew that Suleiman would command an instant lobby of supporters at Langley and among 'Iran nexters' in Washington - not to mention among other authoritarian mukhabarat-dependent regimes in the region. Suleiman is a favourite of Israel too; he held the Israel dossier and directed Egypt’s efforts to crush Hamas by demolishing the tunnels that have functioned as a smuggling conduit for both weapons and foodstuffs into Gaza.

According to a WikiLeak(ed) US diplomatic cable, titled 'Presidential Succession in Egypt', dated May 14, 2007:

"Egyptian intelligence chief and Mubarak consigliere, in past years Soliman was often cited as likely to be named to the long-vacant vice-presidential post. In the past two years, Soliman has stepped out of the shadows, and allowed himself to be photographed, and his meetings with foreign leaders reported. Many of our contacts believe that Soliman, because of his military background, would at least have to figure in any succession scenario."

From 1993 until Saturday, Suleiman was chief of Egypt’s General Intelligence Service. He remained largely in the shadows until 2001, when he started taking over powerful dossiers in the foreign ministry; he has since become a public figure, as the WikiLeak document attests. In 2009, he was touted by the London Telegraph and Foreign Policy as the most powerful spook in the region, topping even the head of Mossad.

In the mid-1990s, Suleiman worked closely with the Clinton administration in devising and implementing its rendition program; back then, rendition involved kidnapping suspected terrorists and transferring them to a third country for trial. In The Dark Side, Jane Mayer describes how the rendition program began:

"Each rendition was authorised at the very top levels of both governments [the US and Egypt] ... The long-serving chief of the Egyptian central intelligence agency, Omar Suleiman, negotiated directly with top [CIA] officials. [Former US Ambassador to Egypt Edward] Walker described the Egyptian counterpart, Suleiman, as 'very bright, very realistic', adding that he was cognisant that there was a downside to 'some of the negative things that the Egyptians engaged in, of torture and so on. But he was not squeamish, by the way'. (p. 113).

"Technically, US law required the CIA to seek 'assurances' from Egypt that rendered suspects wouldn't face torture. But under Suleiman's reign at the EGIS, such assurances were considered close to worthless. As Michael Scheuer, a former CIA officer [head of the al-Qaeda desk], who helped set up the practise of rendition, later testified, even if such 'assurances' were written in indelible ink, 'they weren't worth a bucket of warm spit'."

Under the Bush administration, in the context of "the global war on terror", US renditions became "extraordinary", meaning the objective of kidnapping and extra-legal transfer was no longer to bring a suspect to trial - but rather for interrogation to seek actionable intelligence. The extraordinary rendition program landed some people in CIA black sites - and others were turned over for torture-by-proxy to other regimes. Egypt figured large as a torture destination of choice, as did Suleiman as Egypt’s torturer-in-chief. At least one person extraordinarily rendered by the CIA to Egypt — Egyptian-born Australian citizen Mamdouh Habib — was reportedly tortured by Suleiman himself.