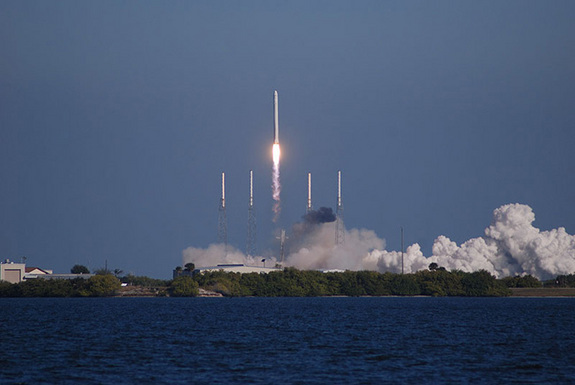 A privately funded team hoping to win a multimillion-dollar race to the moon has figured out how it's going to get most of the way there — aboard a commercial rocket that could launch in 2013.

The team Astrobotic Technology Inc., which aims to take home the Google Lunar X Prize, has signed a contract with private spaceflight firm Space Exploration Technologies — SpaceX for short — to launch its robotic payload to the moon aboard a Falcon 9, Astrobotic officials announced Sunday (Feb. 6).

The mission could launch as soon as December 2013, team officials said. Astrobotic's expedition will search for water and deliver payloads, with the robot narrating its adventure while sending 3-D video.