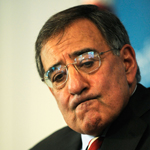 The CIA has launched a revamped website with links to YouTube and Flickr to help the public better understand the spy agency's often clandestine work, officials said. "The idea behind these improvements is to make more information about the Agency available to more people, more easily," CIA Director Leon Panetta  said in a statement on Monday. "The CIA wants the American people and the world to understand its mission and its vital role in keeping our country safe," he said. Although the Central Intelligence Agency's mission has always hinged on secrecy, the spy service is conscious of its public image — partly for recruiting reasons — and in recent years has added games and links for children on its website. – AFP