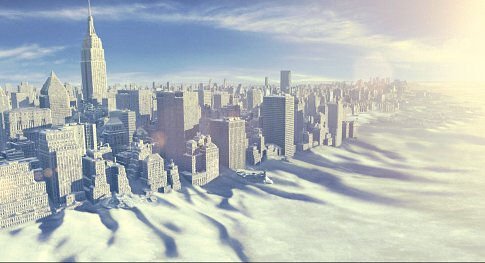 TULSA, Okla. – A second powerful blizzard in a week roared through parts of the nation's midsection on Wednesday, dumping more than a foot of snow on areas still digging out from last week's major storm and contributing to at least two traffic deaths.

As the system barreled through the Plains toward the Deep South, it blanketed parts of northeastern Oklahoma and northwestern Arkansas under a new, heavy layer of snow.

In Tulsa, where mail, bus, and trash pickup service was only recently restored, 5 inches new snow gave it 25.9 inches for the season, breaking its old seasonal record of 25.6 inches set back in 1923-1924. Last week's record 14-inch snowfall kept students out of school for at least six days and made many roads in the state's second-largest city impassable.

Southwest Airlines MAYHEM: Tens of thousands of people are stranded, their bags LOST...

Buffalo is plunged into chaos with brazen looters destroying stores...

A warm Christmas in store for the Valley

Hell freezes over as ice storms cause chaos across the nation: