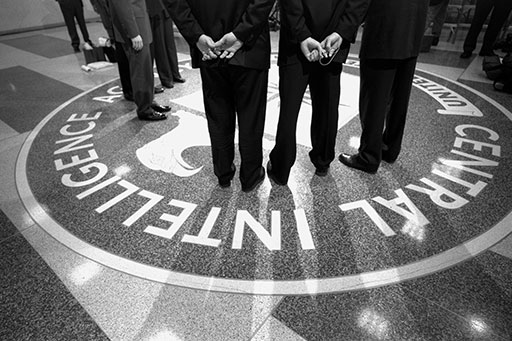 (CNN) -- Long a pillar of Hosni Mubarak's three-decade rule over Egypt, Omar Suleiman now sits at the top of the pyramid as its de facto president.

Under pressure from street demonstrations calling for his ouster, Mubarak named his veteran spymaster to the long-vacant vice presidency in late January. Suleiman quickly became the face of the government's reform pledges, announcing talks with opposition leaders and promising swift reforms.

But Mubarak's February 1 announcement that he would step down when his term ends in September failed to satisfy the crowds in Cairo's Tahrir Square and other cities. Attacks on demonstrators by pro-government crowds in the following days failed to dislodge the demonstrators, whose ranks were bolstered when thousands of workers in several industries went on strike Thursday.

After a day of intense speculation, Mubarak repeated that he would remain in office to serve out his term -- but he announced that he was delegating power to Suleiman, who quickly urged Egyptians to go home and get back to work.

"We call upon you to unite, and to think rationally and to look forward to the future," Suleiman said in a televised speech that followed Mubarak's.

But the vice president, whose agents are among the fingers of Mubarak's iron hand, wasn't seen as much of an improvement by opposition figures.