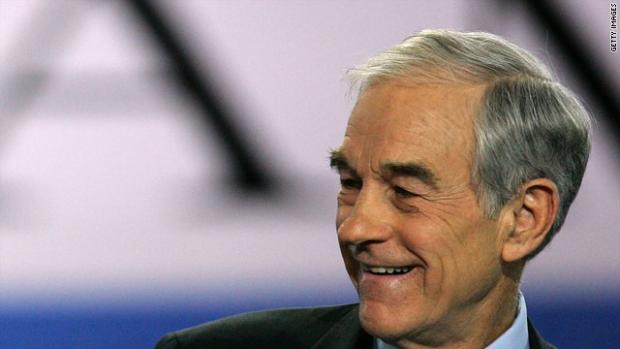 Washington (CNN) - Texas Rep. Ron Paul addressed the Conservative Political Action Conference Friday, repeating the mantra of limited government that has rocketed him to stardom among a certain segment of conservative activists.

Easily garnering the most enthusiastic applause of the day, Paul advocated for a complete governmental retreat in every realm of society.

"We've had way too much bipartisanship for about 60 years," said Paul, in comments that drew one of many standing ovations during the 25-minute speech. "It's the bipartisanship of the welfare system, the warfare system…it all goes through with support from both parties. "

"There is truly a revolution going on in this country. We live in a time where we don't just need a change in attitude and a change in ideas," Paul also said. "We need to change our philosophy about what this country is all about. "

Paul, who ran a quixotic presidential bid in 2008 that caught fire with many fiscal conservatives and libertarians, added the crisis in Egypt is further proof American needs to disentangle from its foreign engagements.

"We need to do a lot less, a lot sooner, not only in Egypt, but around the world," he said. "The people don't like us propping up our dictators no more than we would like it if a foreign country propped up a dictator here."

Paul was the winner of the straw poll here last year, and, judging by the reception of the over-capacity crowd, is a favorite to win again. This year's straw poll will be closely watched given the annual event has become an early testing ground for potential GOP presidential candidates.