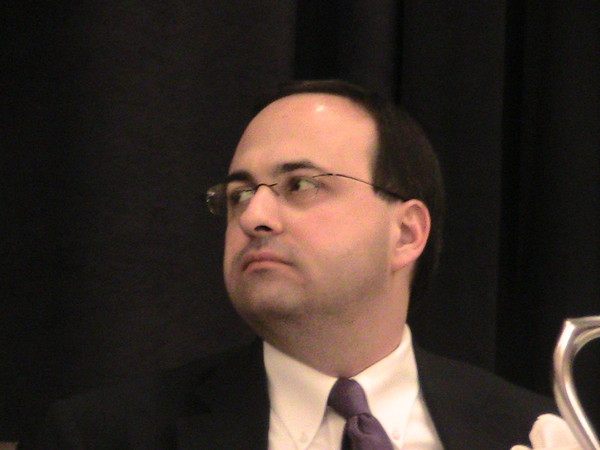 Today is the release date for my new book, Rollback: Repealing Big Government Before the Coming Fiscal Collapse. It could just as easily have been called Everything Needs to Be Abolished, and Here’s Why.

The book does two things. First, it lays bare the true fiscal position of the U.S. government, and shows why some kind of default is not merely possible but inevitable. But this is not a book full of numbers about the impending collapse. The collapse is merely the jumping-off point. By far the more central part of the book is this: the critical first step for reversing this mess and checking the seemingly unstoppable federal advance is to stick a dagger through the heart of the myths by which government has secured the confidence and consent of the people.

We know these myths by heart. Government acts on behalf of the public good. It keeps us safe. It protects us against monopolies. It provides indispensable services we could not provide for ourselves. Without it, America would be populated by illiterates, half of us would be dead from quack medicine or exploding consumer products, and the other half would lead a feudal existence under the iron fist of private firms that worked them to the bone for a dollar a week.

Thus Americans tolerate much government predation because they have bought into the myth that state intervention may be an irritant, but the alternative of a free society would be far worse. They have been conditioned to believe that despite whatever occasional corruption they may observe in politics, the government by and large has their well-being at heart. Schoolchildren in particular learn a version of history worthy of Pravda. Governments, they are convinced, abolished child labor, gave people good wages and decent working conditions; protect them from bad food, drugs, airplanes, and consumer products; have cleaned their air and water; and have done countless other things to improve their well-being. They truly cannot imagine how anyone who isn’t a stooge for industry could think differently, or how free people acting in the absence of compulsion and threats of violence – which is what government activity amounts to – might have figured out a way to solve these problems. The history of regulation is, in this fact-free version of events, a tale of righteous crusaders winning victories for the public against grasping and selfish private interests who care nothing for the common good.

But let’s suppose that the federal government has in fact been an enemy of the people’s welfare, and that the progress in our living standards has occurred quite in spite of its efforts. It pits individuals, firms, industries, regions, races, and age groups against each other in a zero-sum game of mutual plunder. It takes credit for improvements in material conditions that we in fact owe to the private sector, while refusing to accept responsibility for the countless failures and social ills to which its own programs have given rise. Rather than bringing about the "public good," whatever that means, it governs us through a series of fiefdoms seeking bigger budgets and more power. Despite the veneer of public-interest rhetoric by which it camouflages its real nature, it is a mere parasite on productive activity and a net minus in the story of human welfare.

Now if this is a more accurate depiction of the federal government, we are likely to have a different view of the consequences of the coming fiscal collapse. So an institution that has seized our wealth, held back the rise in our standard of living, and deceived schoolchildren into honoring it as the source of all progress, will have to be cut back? What’s the catch? This is no calamity to be deplored. It is an opportunity to be seized. The primary purpose of the book, therefore, is to demonstrate that we would not only survive but even flourish in the absence of countless institutions we are routinely told we could not live without.

And with the exception of the final chapter, that’s what the rest of the book does. I wanted it to be a relentless presentation, such that even a skeptical reader would have to be impressed by the sheer number and force of the arguments.

How to read philosophy

The Anti-Morality of the Coercive Monopoly