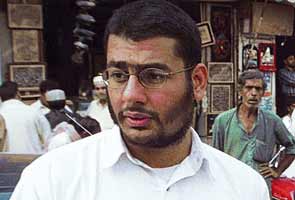 While talking heads like Glenn Beck continue to invoke the threat of radical Islam, they habitually ignore the blindingly obvious, that radical Islam is a creature of the US military-industrial complex. Case in point – the terrorist who trained the London bombers was a US informant and has been freed after serving only four and a half years of a possible 70-year sentence.

Citing his “exceptional co-operation,” in working with US authorities, a New York Judge released Mohammed Junaid Babar despite him pleading guilty to five counts of terrorism, an outcome that has, “Raised questions over whether Babar was a US informer at the time he was helping to train the ringleader of the 7 July tube and bus bombings,” reports the London Guardian.

Babar admits to consorting with high level “Al-Qaeda” terrorists, as well as “providing senior members with money and equipment, running weapons.” He also set up a training camp in Pakistan in 2003 where alleged 7/7 ringleader Mohammad Sidique Khan learned bomb-making techniques.

REVEALED: Times Square 'jihadi', 19, was on an FBI 'watchlist' after being radicaliz

The Gas Pipeline War: On the Day Nord Stream Was Sabotaged, the "Alternative Pipeline" Was

Why Does the Kremlin Encourage Ukrainian Terrorist Acts Against Russia?