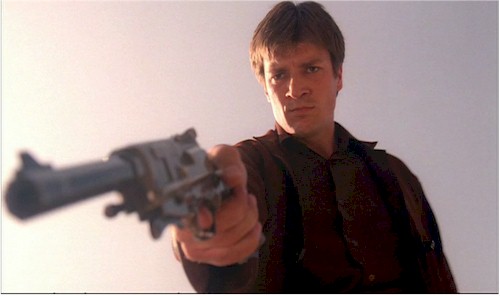 This year's CPAC wasn't about advancing conservatism. Rather, it exposed the radically disrespectful element of the libertine.

It has been the inclusion of the libertarian aspects of the past two years that has thrown the message of conservatism askew in a widely disproportional way.

Now the libertarians stuffed the ballot box of the CPAC straw poll, and for the second year in a row made it the laughingstock poll in the eyes of the voters. (This year's voters are perhaps more engaged, more aware and more plugged in than ever before.)Libertarians and Conservatives are as different as Libertarians and Liberals. The truth is libertarians are the worst form of political affiliation in the nation. Combining the desire of economic greed, with the amoral desire to promote any behavior regardless of its cost to our culture is a stark departure from the intent of the Founding Fathers.

Yeah [!]... the worst scambags that we are who became philosophically marginal when we lost our bearing in time. Those emotional and passionate days when we fought for a stateless society ... when we crown our oratory with laurels that the state and government are "undesirable, unnecessary and harmful" ... those days are over!!! Americans no longer buy the idea that today a United States of America is possible without a government, let alone without a united States in America! Thus most of us had stopped being a million-years dinosaur Libertarians, although today there are still a bunch of them who are so lost and misplaced that they wanted to kill all politicians to eliminate Congress and eventually get rid of government ... hello [?]!!! are you there?

Seems odd, the majority willing, able, and passionate enough to attend CCRAP are true conservative minded Libertarians, and not the sack of crap authoritarians. When you have no argument, you marginalize! I am sick of asking people to vet candidates on their own. We are millions of individual, differing opinions, that rarely find collective common ground. Give up your "MY TEAM" mentality, and ask yourselves, what would you do about wars, economy, immigration, etc... Know the ramifications, and know governance will always infringe on someone else's comfort.

*LOL*  What an idiot!  Bush's respect(?) for the Constitution?  Cheney's "service".  Odd that Kevin McCullough attacks "homosexual unions" when he clearly appears to enjoy the idea of being "serviced" by Cheney.

:-D !!!!  Yes we are.  We don't want to kill anyone for their property.  We don't want to tax anyone.  We want to be left alone and to let others be free to do what they want so long as they are not trespassing upon another.  And we snicker at the corporate news.  We are the worst form of politics---completely missing the whole point of politics ... seizing what isn't yours.