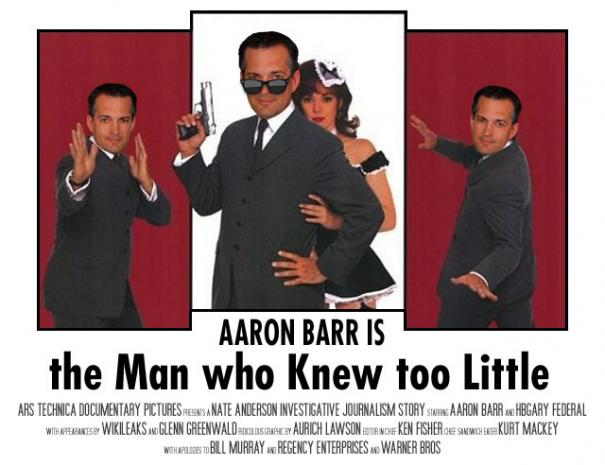 How did Barr, a man with long experience in security and intelligence, come to spend his days as a CEO e-stalking clients and their wives on Facebook? Why did he start performing “reconnaissance” on the largest nuclear power company in the United States? Why did he suggest pressuring corporate critics to shut up, even as he privately insisted that corporations “suck the lifeblood out of humanity”? And why did he launch his ill-fated investigation into Anonymous, one which may well have destroyed his company and damaged his career?

Thanks to his leaked e-mails, the downward spiral is easy enough to retrace. Barr was under tremendous pressure to bring in cash, pressure which began on Nov. 23, 2009.

BlackRock Logo to Be Added to Ukrainian Flag