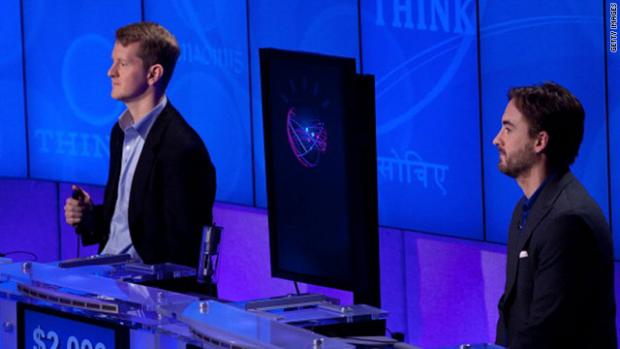 Watson, represented on the set by a black, tablet-like avatar, got 13 questions right before one of his flesh-and-blood challengers (Jennings) answered correctly. The computer nailed answers on an impressive variety of topics, ranging from architecture to biological science to classical music to "Saturday Night Live."