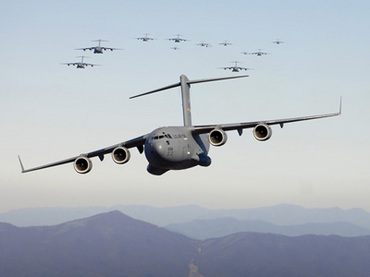 Argentina is accusing the US military of attempting to smuggle arms, drugs and spy equipment into the country under the pretext of a police training course.
The US military disputed the claims, denying an attempt to smuggle equipment into Argentina.
Argentine authorities claim to have seized nearly 1,000 cubic feet of undeclared items ranging from machine guns and ammunition to drugs and spy equipment. Argentine officials said the items were found on a US Air Force C-17 cargo plane along with material for a training course a US Special Forces team had been invited to give to the federal police.