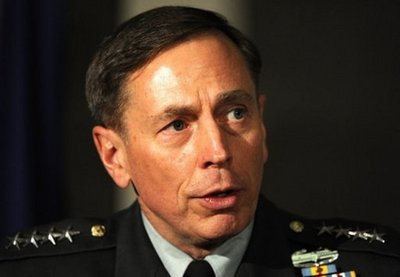 LONDON – US war commander General David Petraeus will leave his post as chief of US and Nato forces in Afghanistan before the end of the year, the Times newspaper reported Wednesday.

US President Barack Obama plans to replace Petraeus, who was only appointed eight months ago, as part of a broad reorganisation of senior US officials in Afghanistan, according to the British paper.

"General Petraeus is doing a brilliant job but he's been going virtually non-stop since 9/11 (and) he can't do it for ever," Geoff Morrell, the Pentagon press secretary, told the newspaper.

"This is a heck of a demanding job, he will have to be rotated out at some point," he added.

NATO the Greatest Threat to Civilization

If supplied to Kiev, Leopard tanks to put Russia, NATO on brink of clash -- analysts

Russia to do everything to sober West up in Ukraine situation, Lavrov says

Putin vows to boost size of Russian army to 1.5 million personnel in preparation for escalating...

'We Are Facing the Entire NATO in Ukraine' Kremlin Says, as UK Mulls Battle Tanks

Is Russian Restraint Averting the Risk of Nuclear War or Inviting It?

NATO Chief: Relations With Russia "Destroyed" Even If Fighting Ends