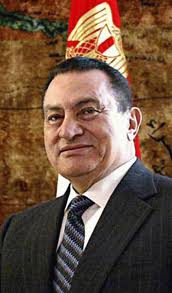 Will Hosni Mubarak die before he writes his memoir? A memoir which might have contradicted George W. Bush’s memoir Decision Points and Bush’s claim, Mubarak informed Bush there were weapons of mass destruction in Iraq. WMD’s, the reason Americans and the world were given for launching the invasion of Iraq. Hosni Mubarak, Bush’s Iraq War ‘fall guy’.

According to the Arabic international daily Asharq Alawsat ‘Hosni Mubarak’s death could come at any time’.