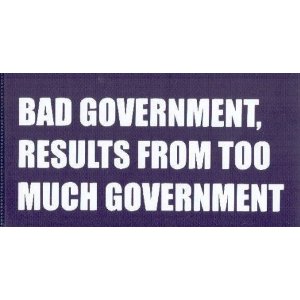 The Egyptian people in Liberation Square celebrated, the world leaders weighed in, and the global media parroted the tale of “history in the making.” The big bad Hosni Mubarak has”listened to the voices of the Egyptian people” and has bowed to their demands to finally end his 30-year presidential rule.

On February 11th, the news came in a brief statement made by freshly anointed Vice President Omar “Egypt is not ready for democracy” Suleiman: ”In these grave circumstances that the country is passing through, President Hosni Mubarak has decided to leave his position as president of the republic. He has mandated the Armed Forces Supreme Council to run the state.”

Following the announcement, Nobel Prize recipient (and the West’s favorite opposition leader) Mohamed ElBaradei said it was the “greatest day” of his life and that “the country has been liberated.”

The “greatest day” was summed up in a USA Today headline: “Mubarak resigns; military takes over in Egypt.”