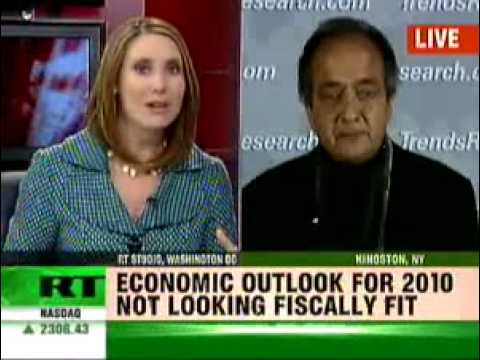 The new US budget was revealed by President Obama calling for America to rebalance the global economy, stressing that the US cannot rely on foreign governments to finance domestic consumption. However, many point to Obama’s inability to rein in spending, including Gerald Celente. He says the future will be more of the same; it’s going to be more debt and placing the burden on the American people.

3 Comments in Response to Gerald Celente on Obama’s budget: “They’re bankrupting the country!”

The individual States need to stand up and mint their own coin for use within each particular State. Fight US Government corruption on the basis of the 10th Amendment.