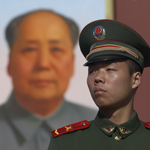 The U.S.-led war against the Taliban, Al-Qaeda, and other terrorist groups in Afghanistan has deteriorated into a growing open conflict with Pakistan's Inter-Services Intelligence (ISI), and threatens to rapidly fall into a full-blown war with Pakistan. Signs of such an upcoming clash between Pakistan and the U.S. can already be seen. In anticipation of such a full-scale clash with America, Pakistan is seeking an enhanced role for China on its side, thereby triggering a possible superpower clash, involving the U.S., China, Russia, NATO powers, and other regional players. – MEMRI