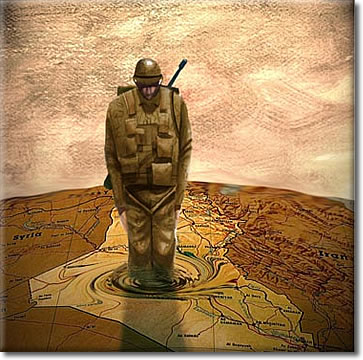 Iraq's capital wants the United States to apologize and pay $1 billion for the damage done to the city not by bombs but by blast walls and Humvees since the U.S.-led invasion that toppled Saddam Hussein.

The city's government issued its demands in a statement on Wednesday that said Baghdad's infrastructure and aesthetics have been seriously damaged by the American military.