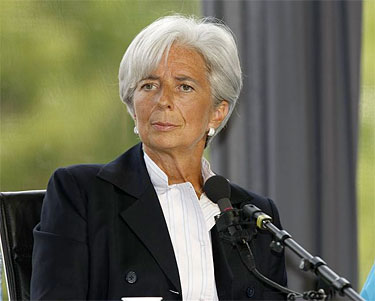 On Monday, French Economy Minister Christine Lagarde said her country will work to realize a planned transition to a global financial system based on several international currencies. France is currently head of the G20.

Lagarde and the G20 want to undermine sovereignty of nations by moving away from national reserves into SDRs, or Special Drawing Rights issued by the International Monetary Fund.

The G20′s mid-February meeting in Paris will concentrate on “reform” of the international monetary system.