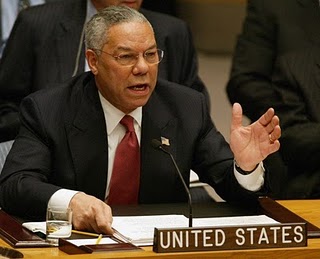 WASHINGTON – Colin Powell's ex-chief of staff said Thursday the former Secretary of State was lied to and manipulated by Vice President Dick Cheney into justifying the US invasion of Iraq.

The primary justifications offered by the Bush administration for invading Iraq were that Saddam Hussein possessed weapons of mass destruction and had possible links to Al-Qaeda. Both turned out to be false.

Iraqi defector "Curveball," ostensibly a source corroborating Hussein's biological and chemical weapons program, this week admitted he knowingly concocted the story in an effort to get rid of the dictator.