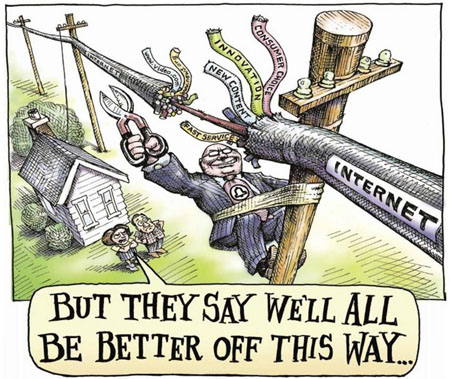 The House passed an amendment Thursday that would bar the Federal Communications Commission from using any funding to implement the network-neutrality order it approved in December.

The amendment, approved on a 244-181 vote, was offered by Energy and Commerce Communications and Technology Subcommittee Chairman Greg Walden, R-Ore., to legislation that would fund government agencies for the rest of fiscal year 2011.

Walden and other critics of the FCC's net-neutrality order argue it will stifle innovation and investment in broadband. The order aims to bar broadband providers from discriminating against Internet content, services, or applications.