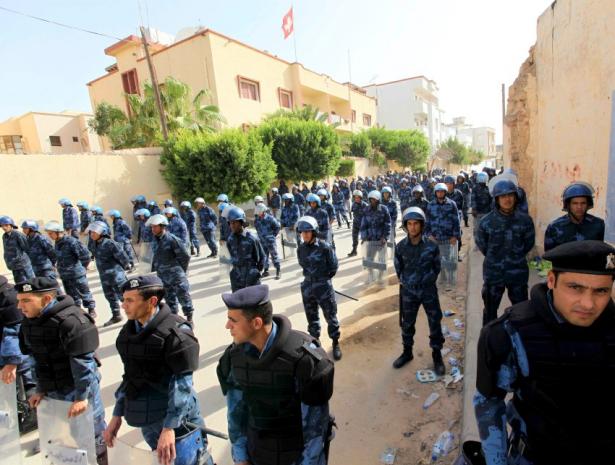 Reports have put the number of people killed in the country’s second largest city, Benghazi at more than 200 over the past days.

Hospital officials, however, estimate that the countrywide death toll may be close to 300, with at least 20 protesters killed overnight.

According to witnesses, snipers fired on protestors while security forces opened up with heavy weapons.

Doctors in Benghazi say most of those injured sustained gunshot wounds.

The Libyan government is opening fire from helicopters to crack down on pro-democracy protesters as nationwide protests continue to shake the foundation of the Gaddafi regime.

Protesters have been demanding the ouster of the Libyan leader, who has been in power for over 40 years.